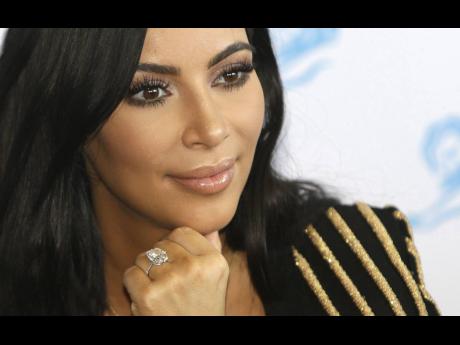 Kim Kardashian West's alleged stalker has been arrested at her home again.

The former Keeping Up With the Kardashians star's security team called police on October 19, after detaining Nicholas Costanza for trespassing at the San Fernando gated community. He has since been charged with felony stalking because the 41-year-old beauty already has a restraining order against him, TMZ reports.

Although Costanza -- who is being held on $150,000 bail -- has previously tried to jump the gate to get into the grounds of Kim's home, this time he didn't make it to her house.

In July, Kim -- who has North, eight, Saint, five, Chicago, three, and Psalm, two, with estranged husband Kanye West -- obtained a five-year restraining order against the man, who had attempted to send her a diamond ring and the morning-after Pill.

Her lawyer, Shawn Holley, filed court documents explaining that Costanza showed up at Kim's gated community in February and May and told security he was taking her to dinner.

Her security team intercepted the package containing the diamond ring and pills before Kim received it.

He also reportedly created a marriage certificate for them and harassed Kim online.

Costanza was ordered to stay 100 yards away from Kim at all times.

This order was given not long after the Skims founder was granted a temporary restraining order against another alleged stalker, who wanted to "pursue a physical relationship" with her.

Kim was said to be "scared" after Charles Peter Zelenoff, 32, managed to find her home and "filmed videos outside the edge of her property," and she claimed he was getting increasingly frustrated about not getting inside.

The reality TV star was particularly concerned "because she's never shared her address".

Zelenoff was ordered to stay at least 100 yards away from Kim at all times and banned from contacting her in any way.