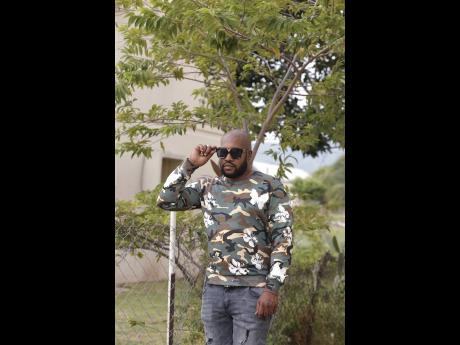 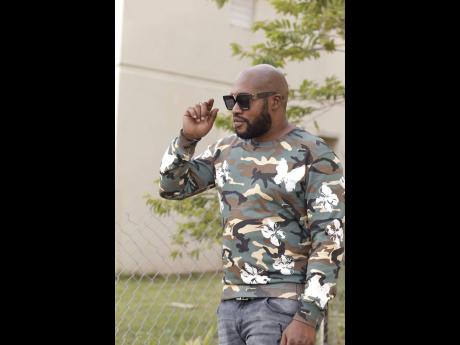 California-based entertainer Di Kidd is no stranger to dancehall culture.

Growing up in Jones Town, which neighbours the musical community of Trench Town, he familiarised himself with the industry, but it was never part of his plan to become a dancehall deejay. He got his start writing songs for Flippa Mafia, who is currently serving a 25-year prison sentence in New Jersey in the US.

"Back then, I wasn't doing music like that and I did not know where it would take me. I just did one and two freestyles and put them out," Di Kidd told THE STAR.

Di Kidd, whose given name is Ricardo Tyrell, penned the lyrics to Flippa Mafia's Dem Yah recorded on the Nuh Linga rhythm and Real Moggela among others, but he said that their partnership ended long before the deejay was incarcerated.

With the motivation of his wife, he released other songs like Friday Nite, Nah Begga Bwoy, Bubble Upp and Father God, which earned him fans in Haiti, who, he claims categorised him as a reggae gospel artiste. About 10 years ago, an opportunity to sign with a Brooklyn-based label was presented to him, but the artiste did not see it being a fruitful partnership.

But in 2019, a fire was ignited in Di Kidd to invest in music full-time, writing, recording and producing music of his own, with his record label Mill Sign Muzic. The content, he said, "is different than what I used to write, [it's more] sensible and have more meaning". His latest single was released on October 16 and is titled Circle Small.

"Too much criminal activity, killings and violence going on and dancehall contributes to it... it full up a too much gun song. When Bob Marley was alive, growing his locks, everybody did waan turn Rasta. Bounty Killer in his prime had the support of every gangsta and Beenie Man who seh 'girl dem suga' had every girl," he said. "It shows that people gravitate to what music the artiste put out, so me a tell the youths to change up the thing again, and stop the bag a gun ting inna dem lyrics and videos. In my track, I share how I keep my circle small. You never know who is who and me fraid a people. As entertainers, sometimes it good we keep we circle small to avoid tarnishing our brands."

He expressed that the true definition of a man is one who does right by his country, uses his strength to protect and stand by his woman and family, and can be a role model.

"Artistes need to aim to be role models and you can keep the circle small and still do that. Do the right thing," Di Kidd said. "I like to stay home, focus and write. When it comes to dancehall, fi tell you the truth, me give it to them raw but every song I do that is personal, I always introduce God into it."