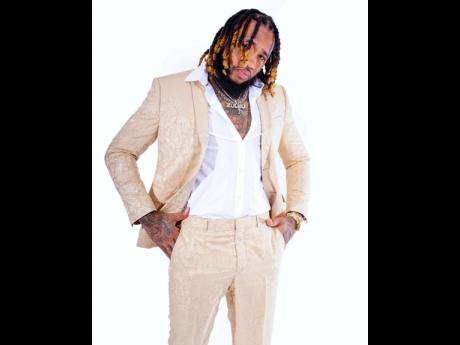 Jamaica-born rapper Pancho Zuluu and deejay Shawn Storm are gearing up to release the single Trappa on November 1, alongside an animated music video.

The single was co-produced by Kwashawna Records and Pancho Zuluu's eponymous label.

" Trappa represents everyday ghetto street life. It depicts the other side of the flashy and glamorous side of hustling," Pancho Zuluu told THE STAR. "A 'trappa' is somebody who is trappin' or hustling to survive in a gutter world. I rap about what I see in society but I'm not encouraging the youths dem to go out there and trap but sometimes we all do what we gotta do to survive."

The rapper was raised in Allman Town, central Kingston, where he was introduced to reggae and dancehall but gravitated to hip hop after later relocating to South Central, Los Angeles.

"I hope to hit number one on Billboard and open up new doors and opportunities by reaching people all over through blending this story of the tough street life of Los Angeles and the ghetto streets of Kingston," said Pancho Zuluu. He'll also be hosting a two-week online contest for the best skit or dance video to the song.

Pancho Zuluu made his music debut in 2011 under the moniker J-Coop but has always been surrounded by music. His early influences include Bounty Killer and Beenie Man, but he also experienced the business first-hand through his father Patrick Bowen, who toured with the Wailing Souls band.

"It's not until coming to the States and being in rehearsals with [members of the original Wailing Souls band] Pipe [Winston Matthews] and Bread [Lloyd McDonald] and seeing the dedication it takes to complete one song and being introduced to the hip hop genre that I learned a new style of music... ," he said. "Rapping to me is like poetry. It's not only connecting the words by rhyming, it's telling a story that the listener is able to visualise, feel, or connect with me through my words. I can also deejay in Patois and harmonise in reggae. I feel like I'm a triple threat."