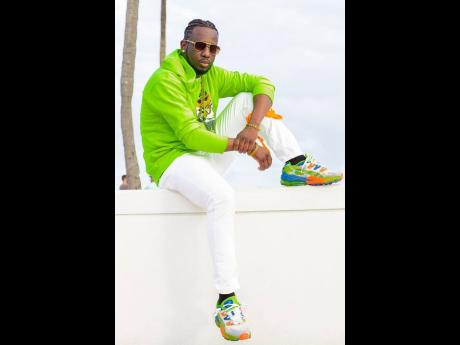 Dancehall-fusion artiste Xyclone says that he is not affected by the fact that he and Skillibeng released albums on the same day, calling it "just a major coincidence.

Xyclone continued, "I drop an album every single year. This one is my seventh album and it was compiled in less than 48 hours." The artiste, who is based in the US state of Maryland, released The Sounds of South America which is his sixth number one album, while Skillibeng dropped Crocodile Teeth.

While noting that there was more fanfare surrounding his musical colleague's work, Xyclone explained that the way in which music is consumed in Maryland has contributed to the success of his album, which has so far sold more than Crocodile Teeth. The Sounds of South America was the top seller on iTunes on October 15 and up to October 22 remained in the top three. It received 50,000 streams on Spotify within the first week. Xyclone has charted every year since his second album, From The Basement To The Big Leagues in 2016.

"My album or albums do well because I live in a country where people actually buy music and I have fans who support me each time. Maryland has a population of six million in comparison to Jamaica's, which is little under half of that. I believe this becomes the narrative especially in Jamaica, where music is consumed by use of free platforms like YouTube," he said.

"Some artistes are street artistes, some are selling and streaming artistes. All of them do better when they are able to tour and sell merchandise inclusive of their CDs. It is important to decide what type of artiste you are. Skillibeng and I have two different audiences, people have to understand different artistes have different fan bases. So big up him same way because it was a good look for dancehall. We both had albums at positions one and two for the first three days," he said.

Xyclone also released a video for the album's lead single, It's You That I Need, which was produced by the legendary Bobby Konders and later remixed by Grammy Award-winning producer Willy Chin.