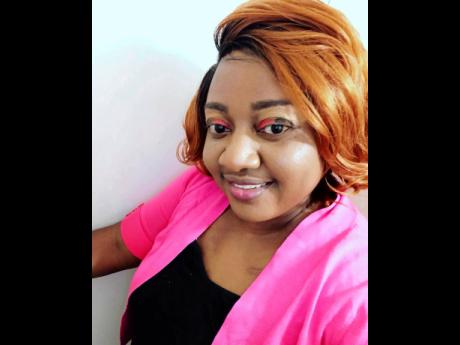 Casandra Bennett had a mastectomy in 2016, shortly after she was diagnosed with breast cancer.

The thought of losing one of her breasts was frightening for Casandra Bennett, but she saw it as the lesser evil when compared to the possibility of death as a result of breast cancer.

Bennett, 50, did a mastectomy in 2016, shortly after she was diagnosed with the dreaded disease.

"I didn't think twice, because I just wanted the cancer to leave my body. All I was thinking about was my two children and my niece that I left in Jamaica. The day when I was about to do the surgery I looked down on my right breast and when I woke up, I looked at the spot and just said, 'you are no longer here'," she told THE STAR.

The Portland-born woman, who migrated to the United States of America in 2013, said for years she had consistently done a mammogram and the results had always been good. However, in 2016 doctors discovered a lump in one of her breasts and requested a biopsy. The results confirmed her worst fears.

"When I got back the results, I just look up in the sky and asked God, 'Why me?' I did not cry, and although I knew I was diagnosed with cancer, I just could not accept it and that this monster just had to go," Bennett, a nurse assistant, said.

She told THE STAR that at the time of her diagnosis, she had no health insurance and was uncertain how she was going to beat the disease without adequate funding.

"I remember just asking the doctor what I was going to do, and he just told me that he was going to save my life and that I just find a way to pay them later. That same day I was approved for emergency Medicaid," she said.

Medicaid is a public health insurance programme that provides healthcare coverage to low-income families and individuals in the USA.

On November 13, 2016, Bennett said she did a mastectomy and the recovery process, she said, was extremely rough and challenging.

"I had to do undergo three months of chemotherapy and six weeks of radiation. The radiation burned my liver and caused me to be hospitalised for 10 days. There were times that I keep passing out and my white blood cells keep going down," she said.

It has been five years since the post operation, and Bennett said she is extremely thankful to be alive although she has lost her right breast. She also encourages other women to keep abreast with any changes in their bodies.

"Eat healthy and just be in the know, because early detection really does saves lives. Just be positive and love God," she said.

Bennett said that she has been using her experience to assist other women battling breast cancer, as well as other persons in need. She is the founder of The Bring Back the Love Buff Bay Valley Foundation.

"I am fully back at work and I have made some lifestyle changes. I have a charitable foundation in Jamaica; so instead of sitting down and feeling sorry for myself, I am trying to help other women who are battling cancer or other diseases. If I can't help financially, then I will offer a word of encouragement," she said.