‘Fed up’ Admiral Bailey calls for resumption of hanging 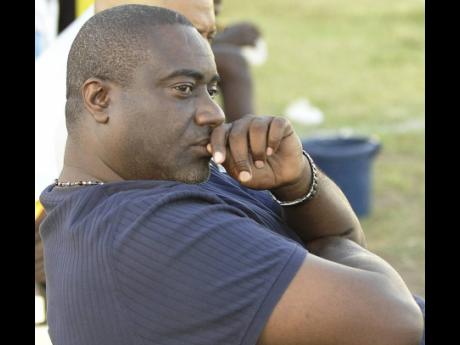 Fed up with the 72 murders recorded so far in 2022, including that of nine-year-old Gabriel King in St James last week, veteran dancehall deejay Admiral Bailey is calling for the death penalty for rapists and persons who commit crimes using the gun.

Bailey, in a six-minute video, expressed that he was "fed up" and that "enough is enough". He also recommended the removal of Dr Horace Chang as the minister of national security as he believes that he is underperforming. He said that robbers and burglars should receive the usual sentences, which start at 12-years' imprisonment at hard labour.

"You see them likkle man deh now weh do the robbery, burglary and some likkle misdemeanours dem woulda call it a foreign, you see when you a hang di man dem weh a do the serious crime, you carry dem man deh go watch dem man deh a heng Dat is an act of deterrent," Bailey said. He reasoned that the sight of the offenders messing themselves as they die would force the thieves to reflect on their lives and turn from crime. Last year, Prime Minister Andrew Holness expressed that he would reinstate capital punishment for criminals convicted for illegal possession of firearm. No one has been executed in Jamaica since 1988.

Bailey further suggested that soldiers stationed at zones of special operations checkpoints should have their phones taken away by their superiors.

"Toy soldier dem. Say dem deh pon rat patrol a patrol, and phone deh a dem ears. Wah kinda crime yuh a fight? You see the police dem a drive up and down in a di nice A/C unit vehicle dem and di window wind up eh? Tek out di A/C out a di unit dem, mek dem wind down the window so dem can hear when the [gun]shot a fire and hear wah gwan pon road and hear when people a bawl out," he said.

Bailey insisted that soldiers and police should be trained to use helicopters and to go on intelligence-driven operations using canines that are trained to find illegal firearms. He said the lawmen and soldiers would spend a week inside crime-torn communities, recovering the weapons used to wreak havoc and terror.

Bailey also called for licensed firearm holders to be used in the crime fight. He related that he knows of occurrences where holders of legal firearms refuse to intervene when crimes are taking place.

Bailey agreed that criminals are no longer afraid of security forces. He believes it is necessary to 'fight fire with fire.' Bailey suggested that should his crime plan be adopted, INDECOM and Jamaicans for Justice should pause operations for six months for the new measures to be implemented. He also called for a shake up of the police top brass.

"Start mek back police weh work hard and know di streets become back commissioner of police. Yuh caah tek man out a army weh siddung round a desk how long and nuh know how road a run and come tun him in a commissioner a police," Bailey stressed.