Mother of slain teen urges parents to be vigilant 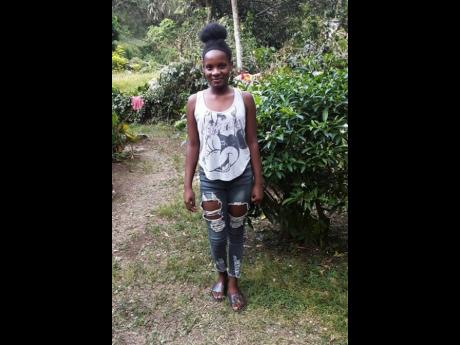 A grief-stricken Keisha Foster, mother of slain teenager Toni-Ann Reid, is appealing to parents to get more involved in their children's lives.

Foster, 36, believes her daughter could be alive today if both she and Toni-Ann's father, Albert Reid, had done more to protect her, as she displayed behavioural abnormalities on several occasions.

"Mothers or fathers, wherever you go, please ensure that you are there [for your children] because when you leave your child behind, you don't know what is taking place," cried the mother of three. The bodies of 15-year-old Toni-Ann and her boyfriend Oshane Spence, 25, were discovered in a house in Roehampton, St James, last week, with gunshot wounds.

The teen reportedly ran away from her father's house, located in the same community, last June to live with Spence, who the police say was on their radar for some time and was questioned about a number of criminal activities within the community.

"When I got the call say they found her body, I was so shocked. When I went up the hill and saw the house where they found her body, eye water dropped from my eyes because it was so close to where her father lived," she said. Foster, who works at a supermarket, told THE STAR that Toni-Ann lived with her grandmother for a number of years when she and her father broke up.

"We have three kids, one girl and two boys. Things weren't nice when we lived together. I left and took the kids but he came and said he wanted his kids. Everyone in the community knew what I was going through and that I was a good mother. When Toni-Ann left basic school, she went to live with her grandmother up until it was time for her to go to high school and her father took her back," she said.

It was then that the teen's behaviour worsened. Foster said that her daughter came to live with her for a couple of months last year shortly after she ran away from her father's house for the first time. But she said that the teen was disrespectful towards her then spouse.

"One day he decided to call Toni-Ann's father when I was at work because they could not see eye-to-eye. That is how she ended back living with her father. My ex-spouse was getting very concerned about the number of persons coming there," she said. The determined teen ran away again and never returned home. Foster said she does not feel that she failed her child but expressed a deep regret for how things turned out for her daughter.

"To tell the honest truth, I love my kids. I love them dearly. I think I should have been there for her more, because if she was under my roof, not that it could not have happened, [but] I would have the opportunity to be a better mother to her and perhaps prevent what happened," she said. "I don't think I fail Toni-Ann because she understood the position I was in. She came to my ex-spouse place and he was not putting up with her disrespect."

Foster said that she did not know anything about Spence. "My two sons say they know him, the father said he warned her about him but I had no idea of who he was," she said.