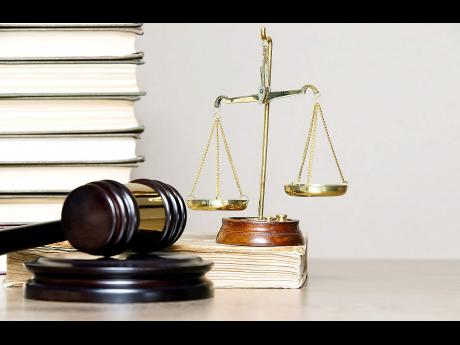 It was all laughter in the St James Parish Court on Wednesday, October 5 when the clerk of the court was compelled to state the exact bad words a St James man had used when he was arrested by the police.

Ernest Taylor, of a St James address, was before the court on a charge of using indecent language, to which he pleaded not guilty.

Although the date of the incident was not disclosed, the court was told that Taylor was a passenger in a taxi when police officers stopped the car and told all the occupants to disembark. Taylor then used indecent language to the officers, following which he was arrested and charged.

“He (Taylor) told the police, ‘You a tough up your…bad word,’” the clerk said while reading the allegation before presiding parish judge Sasha Ashley.

“You have to read out the bad word, because he might not think the word is indecent,” Judge Ashley insisted.

In a posh and cultured way the clerk replied “He said, ‘Yuh a tough up yuh pus..c…t,’” after a brief hesitation, which resulted in outburst of laughter among the spectators in the courtroom.

Meanwhile, Judge Ashley told Taylor, who was resistant to pleading guilty, that his matter would have to be tried.

“We can have a trial where a judge can hear the matter, or you can pay a fine. What do you want to do?” Judge Ashley asked.

“I will pay the fine your honour,” Taylor answered reluctantly, following which he was instructed to pay a fine of $1,000 before being allowed to leave the courtroom.