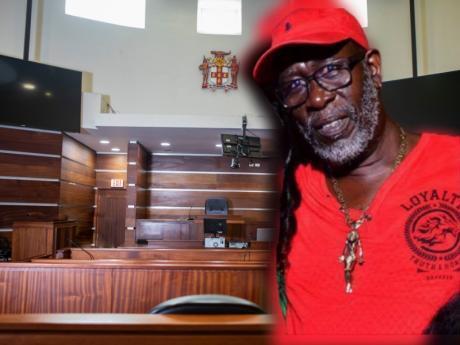 Portland businessman Everton 'Beachy Stout' McDonald and his co-accused Oscar Barnes are to be tried on September 18, 2023.

McDonald is jointly charged with Barnes for the July 20, 2020, murder of the businessman's second wife Tonia Hamilton-McDonald.

Hamilton-McDonald’s partially burnt body was found with the throat slashed beside her burnt car along the Sherwood Forest main road.

Another man, Denvalyn Minott, said to be the contract killer, pleaded guilty and was sentenced to 19 years in prison.

Minott, in a witness statement, claimed that he was offered $3 million by McDonald to kill his wife.

The trial date was agreed during plea and case management hearing in the Home Circuit Court this morning.

The judge and jury trial which is expected to last seven weeks will see the prosecution calling 25 witnesses.

The court also heard that McDonald intends to call seven witnesses while Barnes plans to call two witnesses including himself, as part of their defence.

In the meantime, a date for the other murder matter in which McDonald is alleged to have murdered his first wife, Merlene, has yet to be settled.

However, the prosecution and the defence are to meet to decide the length and mode for the trial. They are also to explore if there are statements that can be agreed.

A case management hearing was subsequently set for January 25, 2024.

Merlene was shot dead outside her home in Boundbrook, Portland in May 2009.

It is alleged that McDonald paid a police detective to kill his wife after their marriage crumbled and she left their matrimonial home.

Everton was remanded in custody while Barnes' bail was extended.