Powell: Football rules must be clear 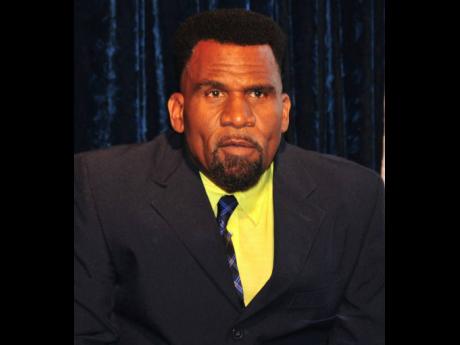 Montego Bay United outspoken chairman, Orville Powell, is hoping that on his club's return to the National Premier League they will get a more just and professional experience from those in charge of running the league and the sport.

Powell, who has had numerous run-ins with local football organisers in the past, said they have not always followed the word that is written and that if this culture of administration persists, he will continue to speak out.

"If I'm coming back into football for the same things over and over, I wouldn't come back. First thing I want to see are rules and regulations so I can say I can live by that.

"So the rules must be clear. If it is written and you can show me, I am good," he reasoned.

"So it is a yes or no situation. If we have a properly run league that is well-organised with rules and regulations and we play by them, and nobody can cheat me or nobody can help nobody whether Montego Bay United or anybody else, then I am okay," he said.

He said this principled approach may not endear him to the rule makers, but he does not intend to compromise his ideals.

He argued that for too long clubs have accepted sub-standard and unjust handling from administrators and insists that improvements achieved by the Professional Football Jamaica Limited (PFJL) must be built on.

"I have seen things that impress me but there are still some lingering issues. You cannot start the competition and then tell me that the rules are coming next or I will not start.

"Do not give me incomplete fixtures and tell me the next part will come next week. Don't tell me you are waiting on sponsors or whatever because those are the things that come back to haunt us," he said.

"So that is the type of thing I am talking about. I have seen it over and over and that is why people are so doubtful because they have seen it so many times. So I will not tolerate that," he outlined. "Some people in football have been here from the '70s and they like things where they are because it is their legacy, so they are hell-bent on not wanting change"

Montego Bay were scheduled to play off against parish rivals Wadada for one available spot, when UWI FC withdrew prior to the start of last season

However, Wadada failed to fulfil some Jamaica Football Federation's (JFF) requirements and the game was called off and Montego Bay United granted the spot. Montego Bay have returned to the Jamaica Premier League (JPL) after three years.