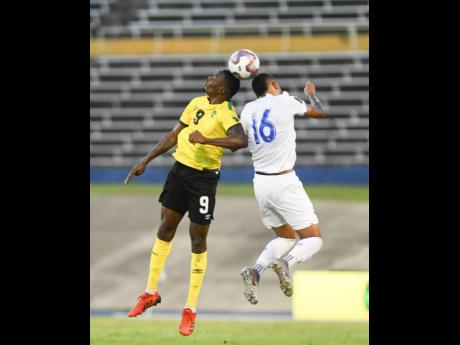 Jamaica’s Cory Burke goes aerial with Panama’s Andres Andrade Cedeno during their September 5 World Cup qualifier, which was devoid of fans inside the National Stadium. Football stakeholders have expressed disappointment at the Government’s decision not to allow fully vaccinated fans access for the Reggae Boyz’ next home World Cup qualifier, against the United States, at the National Stadium on November 16.