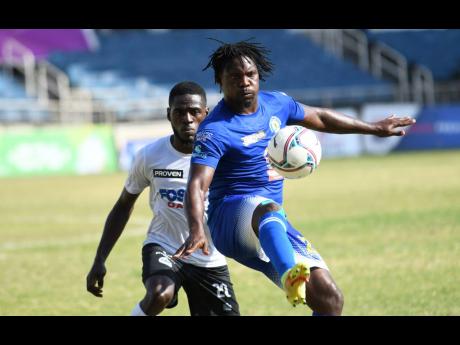 National player Kimani Gibbons has been using football to help change the lives of youth in the St Catherine community of Central Village.

Gibbons, also a Cavalier player, describes football as a life-changing game and says it allows the youngsters within the community to stay away from violence.

He said he uses his accomplishments as a footballer to motivate them to become better citizens of Jamaica.

"Football is more than just a sport," he said. "It brings unity, it teaches us discipline, the right attitude, etcetera.

"I motivate them with my story of how I became a footballer and a national junior vice-captain."

Gibbons, who originates from Central Village, also started the Aptitude Football Academy to help develop youngsters from ages four to 20, from the community, who love the sport.

However, he says due to limitations, this project is on hold.

"The academy is on pause due to the fact that I don't have anyone to coach the team and I'm focusing on my career," he said.

Gibbons says more assistance is needed from the public and private sectors to keep and improve sport projects, such as his, to benefit more youngsters.

"The public and the private sector can help by having more activities within the communities so the younger generation can have things to occupy their time and can do things they are good at, whether it's netball, football, or having a key club etcetera," he said.

Gibbons says he does not want his use of football to change lives to stop at the academy or motivational talks.