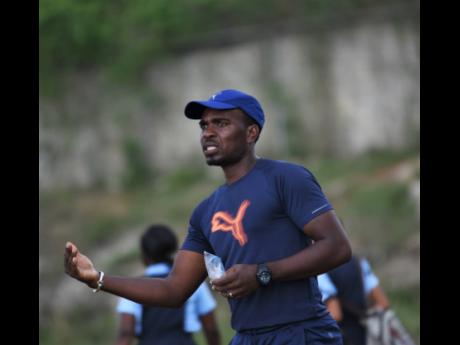 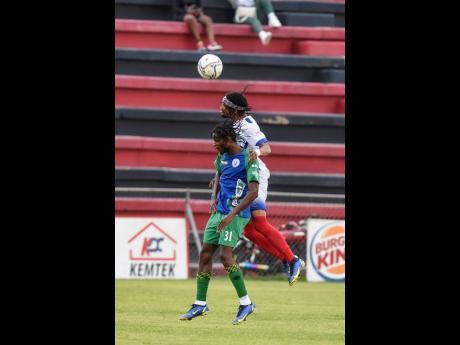 Montego Bay United (MBU) head coach Leacroft Lettman says that he is optimistic about their future in the Jamaica Premier League, based on improvements he has seen since his appointment two months ago.

Lettman got his first win with the club as they defeated Portmore United 1-0 at the Anthony Spaulding Sports Complex on Monday. It was the first win for the club in two months, and their second overall this season in a campaign that has seen them sit at the bottom of the table.

Ricky Hill resigned as technical director in March after seven games, with only one win to their names. While it has been a struggle for the team to improve its performances and their morale, Lettman said that the extra time of preparation helped them to improve their discipline and not drop their levels.

"I am pleased with the work and the performances over the past couple of weeks," Lettman told THE WEEKEND STAR. "In the break, we had a little [mini-game] to keep the tempo up. The discipline of the boys has changed. With a disciplined bunch, you must expect that you are going to see [our] brand of football, and the discipline carried us through."

It is that discipline in stifling the Portmore United attack that has been the most rewarding for Lettman, who was granted an extra week's rest as their May 15 game with Cavalier was postponed, with Cavalier on Concacaf Caribbean Club Championship duty.

For Lettman, the last three games for MBU not only represent an opportunity to spoil the fortunes of teams looking to make their own play-off runs, but to establish the platform for a stronger showing next year.

"We are in it to play our brand of football and to do our best as we go along," he said. "Our aim was to shoot for the top six. That is out of our reach, so we have to dig deep to get out of the bottom. We are in the ground building. While the rain is falling on us, we are growing."