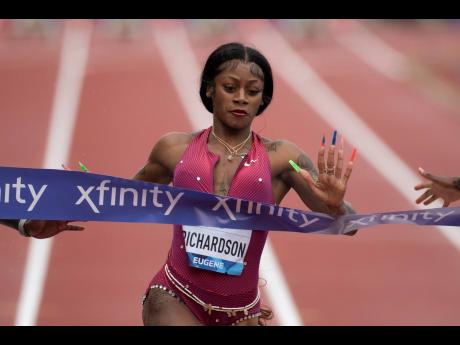 Sha'Carri Richardson did not qualify for the women's 200m final on Sunday, her only remaining chance to make the US team for the World Athletics Championships.

Her time in the semi-final, 22.47 seconds, put her out of contention. She did not comment to reporters afterwards.

Richardson also failed to make the field for Friday's 100m final, which was won by Melissa Jefferson of Coastal Carolina. Richardson's failure to qualify for the finals in either race was something of a surprise, given her form at recent meets.

With her ever-changing hair colour and long nails, Richardson grabbed attention at last year's Olympic trails with a statement-making win in the 100m. But she was suspended because of a positive test for marijuana, which kept her off the team sent to the Tokyo Games.