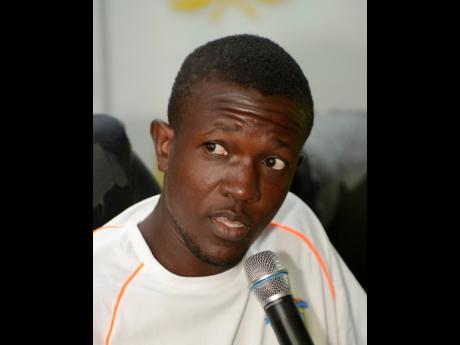 Waterhouse assistant coach, Daniel Bent, is confident that they have collectively done their homework and are mentally prepared for the upcoming start of the Jamaica Premier League, which starts on October 23.

According to Bent, they are putting in the work to overcome the ghost of last season, when they ended the regular season as, not only table toppers, but the highest scoring and best defensive team, but bowed out at the semi-final stage.

They lost 2-1 on aggregate to eventual champions, Harbour View, then went on to suffer a 4-1 defeat to Cavalier, in the third-place playoff.

"We have done our reflections. We were left very disappointed in not making it to the final of the competition. We fell really short last season, the players and community were also disappointed," Bent said.

"For the outlook of this season, it might not be the familiar faces that you're accustomed to seeing, but we have acquired some young talents that have heart.

"I think we are going to have a more all-rounded team, so for the team to win, it wouldn't lie on the shoulders of one player. Goals can now come from anyone, so we are unpredictable," said Bent.

The additions were brought in to combat the departures of high-profile players Cardel Benbow, Rohan Beadle, Kimani Campbell, Stephen Williams and Ricardo Thomas who all exited in the transfer window.

For now, the 1998 and 2006 JPL champions are in the gym working on the physical aspect of their off-season preparations, which, according to Bent, has been going as planned.

"Preparations have been going well. We are currently doing a lot of gym work, which also includes combination of technical work. So in my view it's going well so far," added Bent.

Waterhouse will lock horns with rivals Arnett Gardens in a winner-takes-all match, dubbed 'Boom El Classico' and carries a purse of $1 million, which will be played over two legs. The first will take place on Monday with the second exactly a week after at the respective home grounds.

According to Bent, this will evoke a World Cup feeling.

"This 'El-Clasico' looks like a World Cup final and we are definitely going for it. Waterhouse and Arnett Gardens have the biggest fan base in the country, so this will be a good opener, good assessment to tell us where we are, so we are looking forward to it," he said.